Was There Really a Trojan Horse? (With Coloring Page)

Have you ever heard of the Trojan Horse? The legend of the Trojan Horse makes a great story and may very well be true. It probably occurred sometime between 1200 B.C. and 1184 B.C. Today we will look at what the captivating story was all about, who wrote it, and begin to answer, “Was there really a Trojan Horse?” 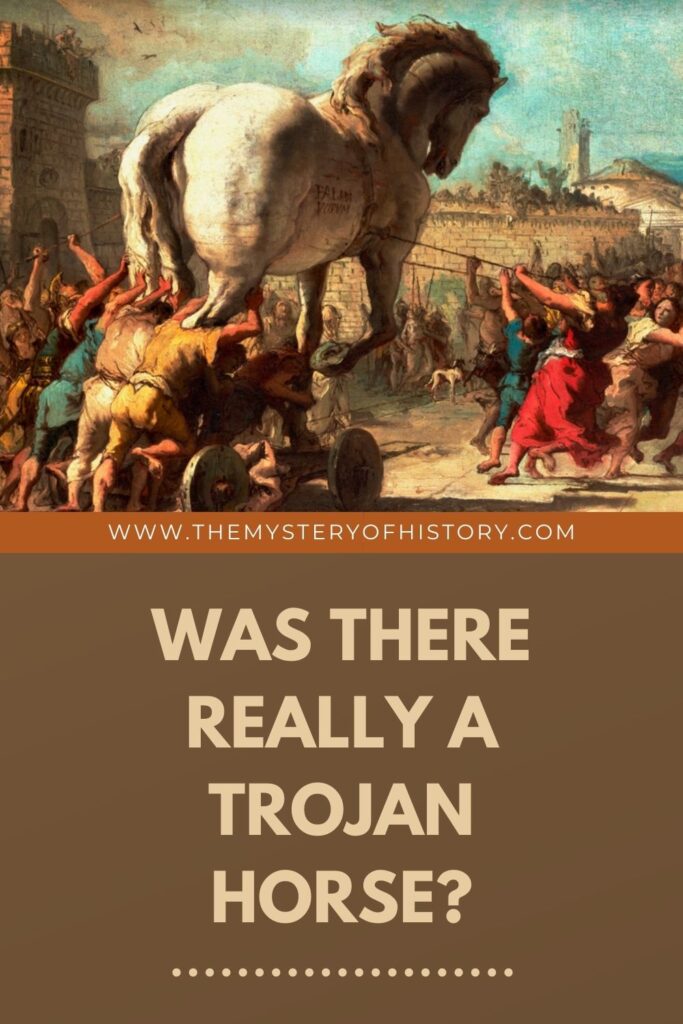 Was There Really a Trojan Horse?

In the southern part of Greece lived a group of people called the Mycenaeans (my SIN ee inz). They are the ones who borrowed the ways of the Minoans, or the people of Crete. We know the Mycenaeans were real, but we don’t know for sure if the story of one of their wars is altogether real because the names of mythological gods and goddesses are woven throughout.

It seems that a prince named Paris lived in the city of Troy, which is across the sea from Greece. Troy was on the coast of modern-day Turkey. Legend says that Paris was asked to judge a beauty contest among three goddesses. He chose Aphrodite (a fruh DYE tee). As a reward, Aphrodite promised Paris the most beautiful woman in the world. Not long after that, he traveled to Greece and indeed met a woman of great beauty named Helen. Supposedly, Paris and Helen fell in love, eloped, and moved back to Troy.

There was a terrible problem, though, with this love story. Helen was already the wife of Menelaus (men uh LAY us), the king of Sparta, which is a city-state in Greece. Menelaus was furious and humiliated at the capture of his lovely wife. But he had some powerful connections to help him get Helen back. His brother Agamemnon (ag uh MEM non) was the king of Mycenae (my SEE nee). To help his brother Menelaus, Agamemnon declared war against the Trojans to retrieve Helen. Thus we have the story of the Trojan War, which legend says lasted for 10 years over the capture and return of Helen.

After many years of struggle, supposedly, Odysseus (oh DIS ee uhs), the Greek king of Ithaca, came up with a magnificent plan to secretly get his men into the city of Troy. He thought of building a giant horse and presenting it as a peace offering to the Trojans. In the legend, this huge wooden horse was left on the beach for the Trojans to discover while the Greeks sailed away.

Though at first skeptical of what this horse was meant to be, the Trojans eventually opened their gates to roll in what they believed to be an incredible gift. They had a great celebration to usher in this victory, as it appeared the Greeks had given up.

But the gift was a scam! In the middle of the night, after the party was over, 30 or more daring Greek soldiers (who had been hiding in the wooden horse) climbed out through a trapdoor. Once out, they flung open the gates of Troy for more Greek soldiers to storm through. (They hadn’t sailed too far away.) That night, the Greeks slaughtered the men of Troy and burned their city to the ground!

But what about Helen? What became of her and Paris (the Trojan who first captured her)? What became of Menelaus (Helen’s rightful husband)? According to legend, Paris was killed in battle, and Helen married his brother, who would also have been a Trojan. But the Greeks soon killed him, too. In time, Menelaus reclaimed Helen, his Spartan bride, and took her back to Greece. They supposedly lived in peace for many years together.

So, was there really Trojan Horse? Well, a Greek storyteller named Homer, who lived hundreds of years after the supposed Trojan War, composed this story in The Iliad (ILL ee uhd) and The Odyssey. Virgil, a Roman poet of later times, also wrote about the Trojan War in his epic poem The Aeneid (ih KNEE id). You could say that The Aeneid tells the other side of the story because it traces the adventures of a Trojan! The Trojan was Aeneas, a pious soldier who in legend survived the massacre of Troy and helped establish Rome. (Aeneas is also a character in Homer’s Iliad.)

Was Heinrich Schliemann successful? To some degree, yes. He helped unearth layers of cities where it is believed that Troy once stood. And you know what? One of those layers was burned to the ground just as Homer said it was. Schliemann is also credited with the discovery of the gold “Mask of Agamemnon” and “Priam’s Treasure.” Priam’s Treasure was a collection of shields, vases, plates, and jewelry thought to belong to King Priam of Troy. (Priam was the father of Paris—the one who “stole” Helen!)

However, the zealous work of Heinrich Schliemann is full of problems.

-First, in digging through the layers of Troy, he accidentally destroyed some relics along the way.

-Second, it seems that the gold mask named for Agamemnon was the mask of someone else.

-Third, the treasure named for King Priam was treasure of another time period.

-Fourth, Schliemann lied about his wife helping him smuggle Priam’s jewels out of Turkey.

– Fifth, his journals contain some exaggerations.

All to say, Schliemann’s half-truths and inaccuracies would lead many to distrust him and his work. Others still give him credit for being a pioneer in the study of ancient civilizations.

So in summary, to answer the question, “Was there really a Trojan Horse?” We simply do not know.

Although archaeologists disagree about what the ruins of Troy can tell us, the legend remains an epic masterpiece. Yes, Homer and Virgil laced the story with a great amount of Greek and Roman mythology, so it is hard to tell which parts are true. But at least Schliemann unearthed something of Troy to give hope to those, like me, who love the story.

What can we learn from the Trojan Horse?

There are many lessons we can learn from this story, whether it is true or not. But one of great importance is that the enemy will always make things appear to be what they are not! When Eve took the forbidden fruit it was because the serpent made it look like a good idea and twisted God’s words, making her doubt His love for her. The Trojan Horse reminds us that sometimes temptation comes in a pretty package. Deceit and trickery are often used to lead God’s people astray. Read Joshua 9 with your family and discuss how the Israelites were tricked by appearances. And I would encourage you to talk about these things with your family and draw out some lessons you can apply to your life. 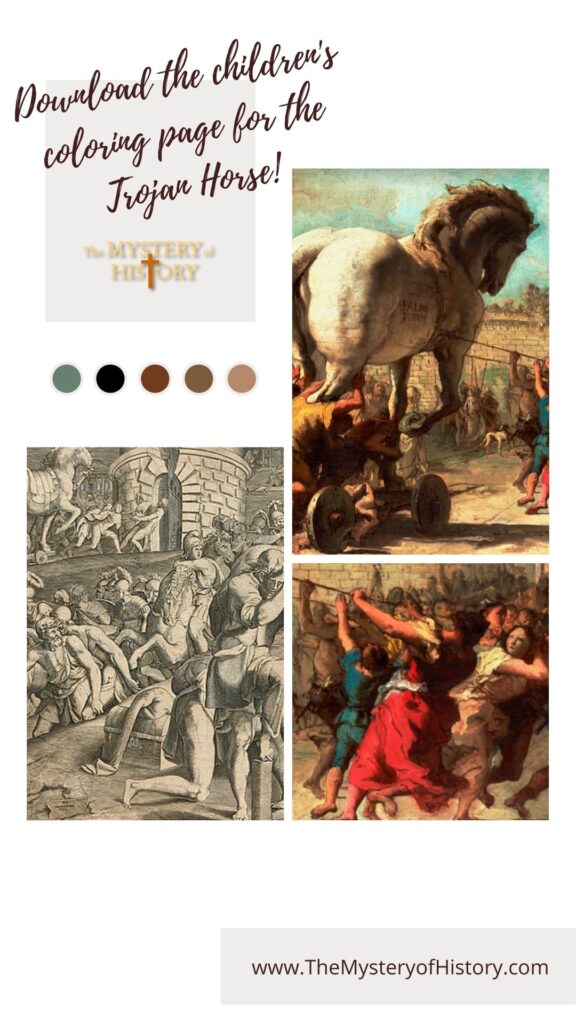