July 19th, 1799 was an important day for those who are interested in ancient history. On this day, a soldier… 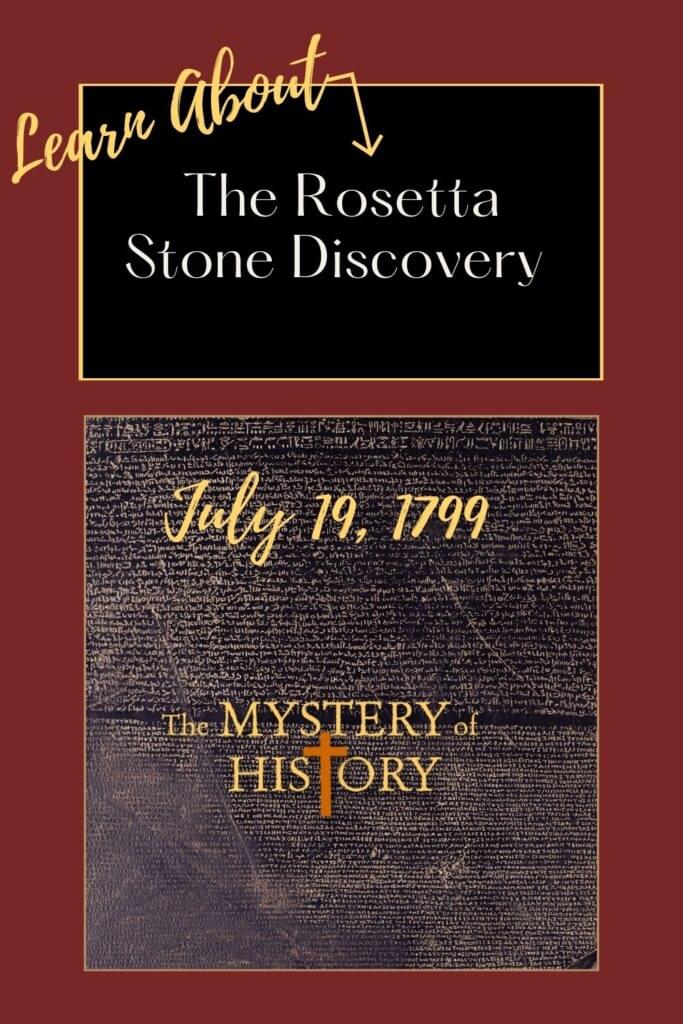 July 19th, 1799 was an important day for those who are interested in ancient history. On this day, a soldier of Napoleon’s army found a black stone that would later be called The Rosetta Stone. Let’s learn more about why this is so exciting and what we can learn from it. 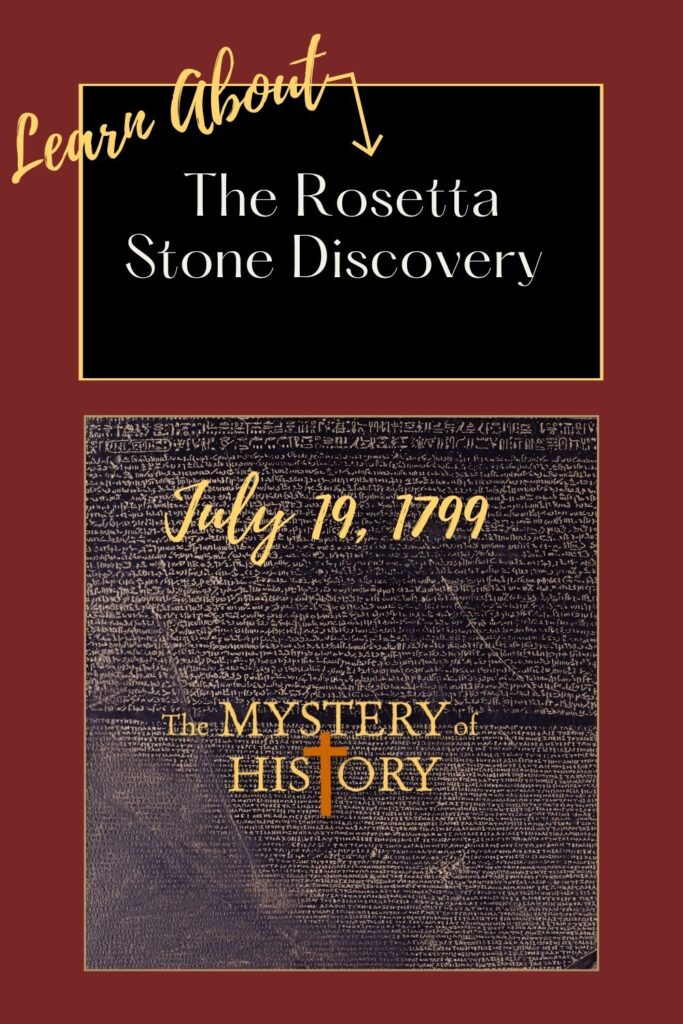 Why is it called the Rosetta Stone?

The Rosetta Stone derived its name from where it was discovered. Napoleon’s soldiers found this amazing artifact just outside the town of Rosetta, a coastal town of Egypt that is also called Rashid. The French soldiers were digging a foundation to add to their fort when they came upon it. The stone is an enormous slab of rock, about 30 inches wide and almost 4 feet tall. If you were to feel it, it would be rough on the back but the front is perfectly smooth with rows and rows of pictures and letters. Although the French originally found the Rosetta Stone, the British acquired it and have since displayed it in the British Museum in London. 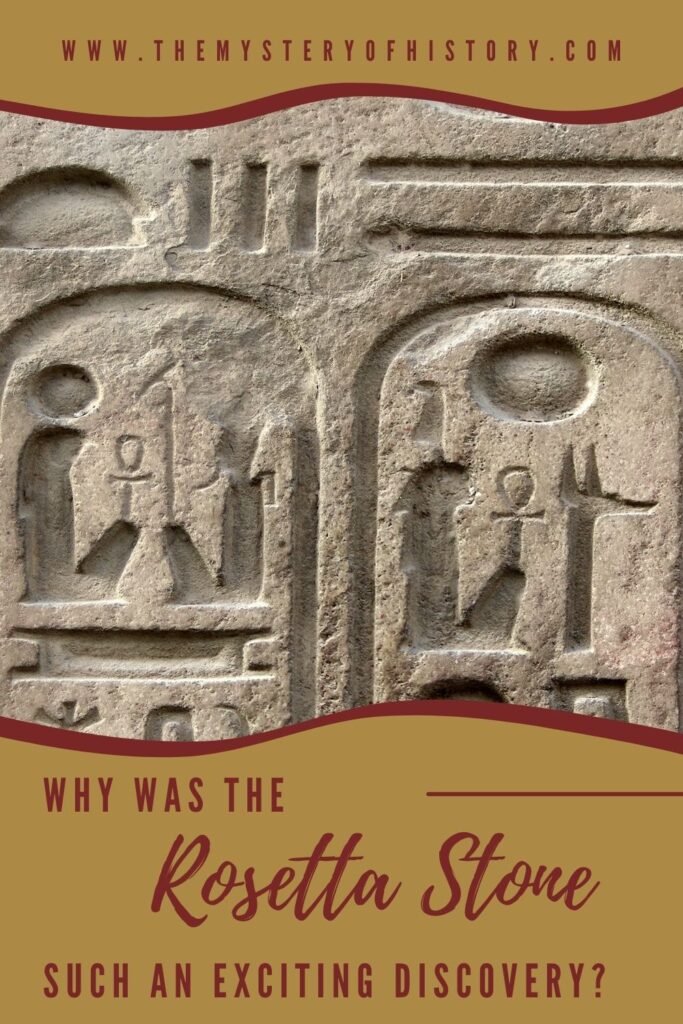 Why was the Rosetta Stone such an exciting discovery?

Now do you see why the discovery of the Rosetta Stone is so exciting?  It truly was like finding hidden treasure and clearly helped unlock a greater understanding of ancient Egypt!  I wonder if Napoleon’s soldier ever had a clue of what he had found that day.

If you go to the website for the British Museum you can see a closeup of the Rosetta Stone and learn more.

You may also enjoy this YouTube on the Rosetta Stone.

Printable and Activity—Create a Mystery Message! 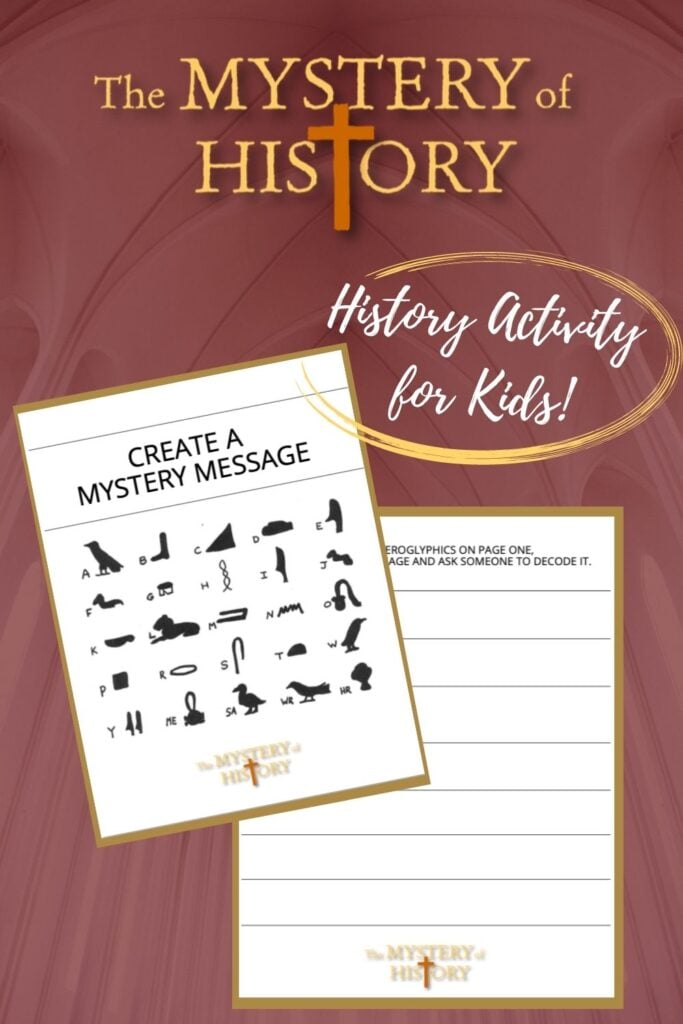 Create a mystery message for your friends and family. Use this printout to create your own secret message that your family can decode. Have fun!