The Most Important Event in History

As significant as Christ’s coming to earth was, His leaving was even more so. The death of Jesus Christ was far more than a tragedy for a man about 36 years old. His death in approximately A.D. 33 was the ultimate sacrifice for our sins. Then, in one miraculous act of supernatural power, He rose from the dead—ending the curse that began with Adam! I believe that the death and resurrection of Jesus Christ concerns the single most important event in history that has ever been recorded!

The Most Important Event in History—The Death, Burial, and Resurrection of Jesus Christ!

First, let’s examine what happened just before Jesus’ death. At the Last Supper that Jesus had with His disciples before he was arrested, Jesus was celebrating the Passover Feast. This story is full of meaningful symbolism. In the first Passover, during the plagues of Egypt, the Hebrews placed blood on their doorways so that the death angel would “pass over” their homes. In yet another parallel in Bible history, Jesus celebrated Passover just before His own blood was going to “pass over” the sins of man! The Passover is just one more way we see a connection between the Old Testament and the New. Jesus also used the Passover as the time to institute what we call “communion.” Jesus asked the disciples to remember bread for His body that was broken for us and wine for His blood that was shed for us. This is a beautiful word picture to use in remembering His sacrificial death.

As for how Jesus was brought to the point of death, only God’s providence can explain it. You see, historically it was a custom in Rome to crucify criminals. Jesus, as a teacher and a rabbi, certainly didn’t appear to be a criminal to the Romans. Obviously, the devout followers of Jesus didn’t want Him to die. But there were many people who were threatened by the authority and power Jesus possessed. The teachings and miracles of Jesus were drawing thousands to follow Him, and He was speaking of the things of heaven that they didn’t understand. In particular, it was the Jewish priests and members of the Sanhedrin (the Jewish council) who were most concerned with who Jesus claimed to be. He was claiming to be God! (For further study, see John 5:18, 8:57–59, 10:30, 10:33, and 14:9.)

Regardless of who understood His teachings and who did not, Jesus came with a mission to carry out. He came to atone for our sin. (1 John 4:10) How does a man do that? An ordinary man can’t. But Jesus could because He was and is divine. The Bible says, “And having been perfected, He became the author of eternal salvation to all who obey Him.” (Heb. 5:9) Having been perfected, He could present Himself as a pure offering and an unblemished sacrifice for our sins. Remember in the Old Testament how the people gave sacrifices to God? They were always to choose their best lamb. Jesus has been called the “Lamb of God” for this reason. He was the perfect sacrifice. And like a lamb going for slaughter, Jesus didn’t cry out to be spared from death. He prayed in the Garden of Gethsemane, “Your will be done.” (Matt. 26:42)

Well, as Jesus’ trial proceeded, the Jews who wanted Him dead sent Him first to the Sanhedrin. The Sanhedrin found Him guilty of blasphemy, but they didn’t have the authority to sentence Him. That’s when Jesus was sent over to Pontius Pilate and Herod Antipas, who didn’t know what to do with Him. Basically, the Sanhedrin pushed until they succeeded in getting the verdict they wanted. By God’s sovereignty (which is His all-powerful will), there was enough pressure on Pontius Pilate for him to issue the death penalty. Jesus was sentenced to die by crucifixion. The place where Jesus was executed has a couple of different names. In Latin, which was the language of the Romans, the place was called Calvary. We hear that word used often in hymns and songs. But the place was also referred to as Golgotha, which is Aramaic. That is one of the languages Jesus would have spoken. It means “place of the skull” because supposedly the hill resembled a skull from far away. Of great interest to know, Isaac (the son of Abraham) was almost sacrificed near Golgotha! Therein is another parallel from the Old Testament to the New.

While Jesus was on the cross at Calvary, He said some very interesting things. First, Jesus remembered others around Him. He said, “Father, forgive them, for they do not know what they do.” (Luke 23:34) He then pardoned one of the criminals who was hanging next to Him. He told him he would be with Him in Paradise. Jesus also remembered Mary, his own mother, while hanging in agony on the cross. He told John to take care of her. Jesus’ final three hours, though, were focused on His mission. Jesus cried out from the cross in a loud voice, “Eli, Eli, lama sabachthani?” (EE lie, EE lie, LUH mah suh BOCK thuh NIE), which means “My God, My God, why have You forsaken Me?” (Matt. 27:46) Bystanders thought that Jesus was calling for Elijah with those words. But actually, Jesus was quoting Psalm 22:1 in Aramaic—a Psalm of praise that prophesied Christ’s agony on the cross! (See Psalm 22:16–18; 22–26.) According to John, Jesus said next that He was thirsty. (See John 19:28.) He may have just wanted His lips and mouth moistened well enough to be able to speak a few more words. He uttered, “It is finished!” (John 19:30) Luke reveals Jesus also saying, “Father, into Your hands I commit My Spirit.” (Luke 23:46)

With those final words, He took His last breath and died. Even His last words were prophetic. Jesus was quoting Scripture from Psalm 31:5. Did you know that the time of day in which Jesus Christ gave His life was no coincidence either? Three of the four Gospels report that Jesus died at the “ninth hour,” which is what we would call 3 o’clock in the afternoon. That hour of the day had great significance because it was the exact hour that the Jews gave their sacrificial offerings in the Temple! Again, Jesus Christ showed Himself to be a “perfect sacrifice” for our sins. 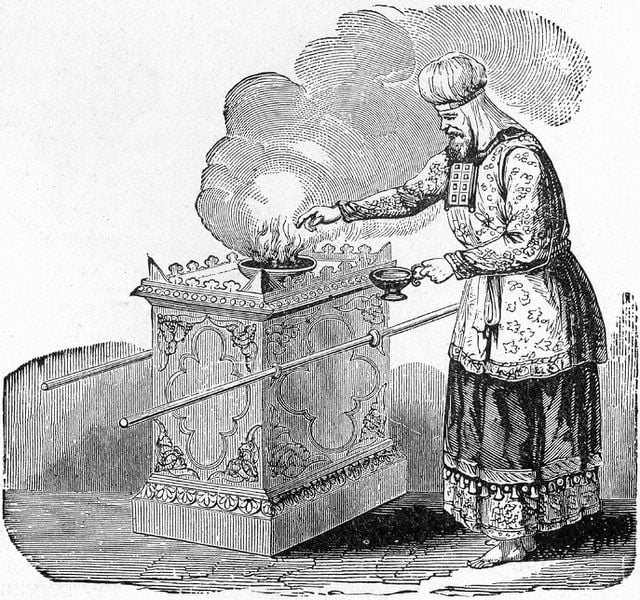 Strange and miraculous things occurred when Jesus gave up His life.

Fortunately, Jesus’ death is not the end of the story. You already know what happened, don’t you? Just three days after Christ was buried, some women went to His sealed tomb to place spices and fragrances on His body. But thanks be to God, Jesus’ body wasn’t there! Though startled at first, it was these precious women who were the first to figure out the mystery of history! Jesus was alive and had been raised from the dead. That means He conquered death! And not just for Himself, but for everyone who would (or who will) believe in Him!

The resurrection of Jesus Christ stands above all other miracles and is the most important event in history. It was necessary (Acts 2:23–24); it fulfilled Old Testament prophecy (Psalm 16:10); it showed Jesus’ words to be true (John 2:19–22); it demonstrated His authority (John 10:17–18); it completed Christ’s mission (Revelation 1:17–18), and it was needed for our salvation (2 Corinthians 5:21). As the Bible says, “For Christ also suffered once for sins, the just for the unjust, that He might bring us to God, being put to death in the flesh but made alive by the Spirit” (1 Peter 3:18). What Good News for those who believe!

I hope that message is one you personally understand. And if it is, I hope that you freely share it with others. It is TRULY the most important event in history! There is no greater story in history to tell than the one about Jesus. As it says in 1 Corinthians 2:7–8, “But we speak the wisdom of God in a mystery, the hidden wisdom which God ordained before the ages for our glory, which none of the rulers of this age knew; for had they known, they would not have crucified the Lord of glory.”

The Most Important Event in History is an excerpt taken from The Mystery of History Volume I, Third Edition.