Is the Story of Robin Hood True? Facts vs. Fiction

When you hear the name Robin Hood, what comes to your mind? Do you think of bows and arrows, Sherwood… 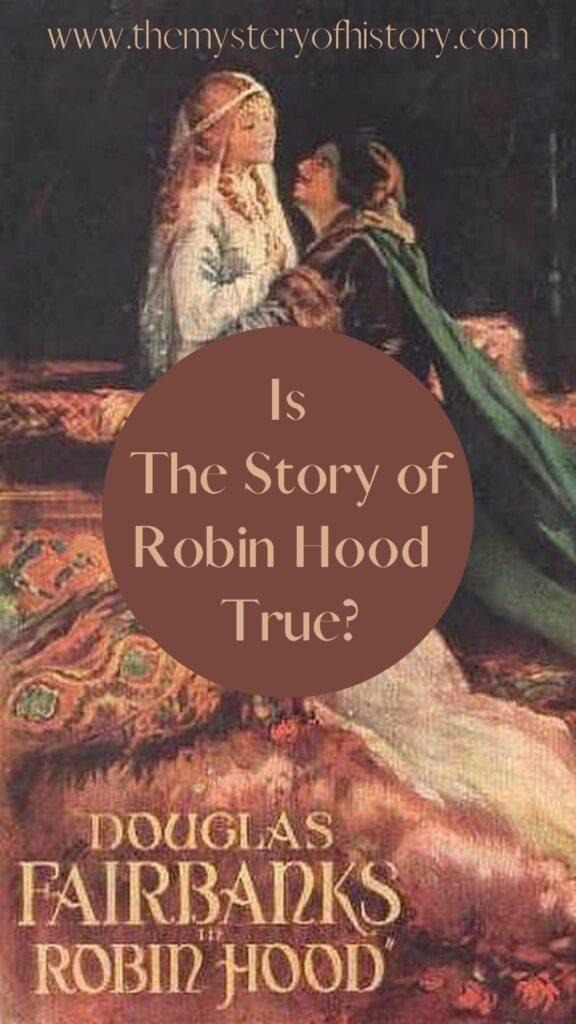 When you hear the name Robin Hood, what comes to your mind? Do you think of bows and arrows, Sherwood Forest, and characters like Maid Marian, Friar Tuck, or the evil Sheriff of Nottingham? Maybe you have watched the Disney version or some of the old classic movies of this beloved story. But, is the story of Robin Hood really true? Let’s delve into this fascinating story and sort between fact and fiction. 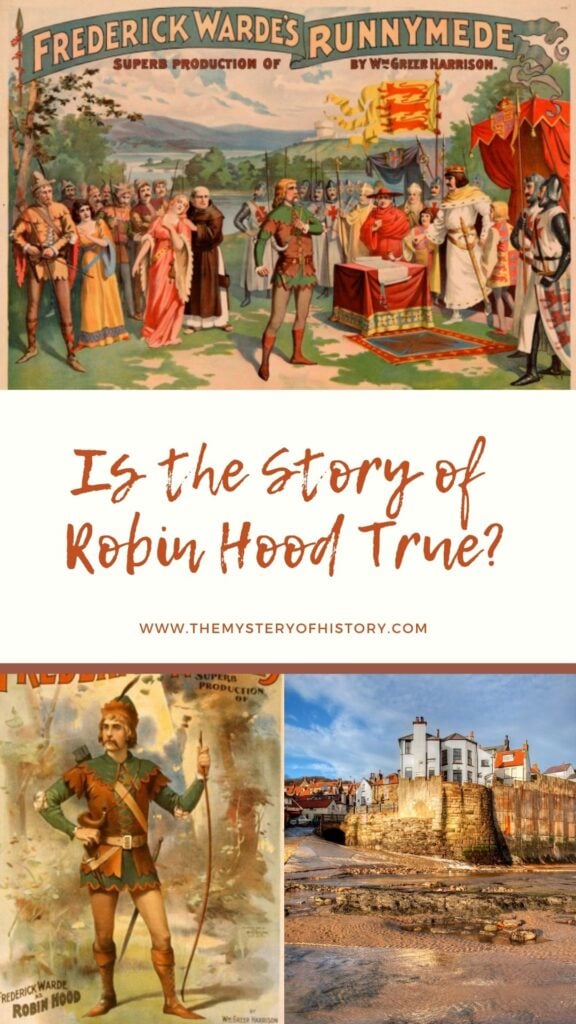 Is the Story of Robin Hood True?

As much as we would love to think that all the adventuresome details of the modern story of Robin Hood are true, the opposite is really the case. I found it very interesting to learn that most of our images of Robin Hood have evolved from fiction rather than fact. As a reminder, facts are pieces of information based on actual, real things, with evidence to support the information. Fiction is all make-believe, or things imagined.

When it comes to answering the question, is the story of Robin Hood true, there appears to be only one hard fact that supports that he existed at all. And here is that fact—in a cemetery in Yorkshire, England, there lies a tombstone that reads:

Here underneath this little stone
Lies Robert, Earl of Huntingdon
Ne’er [never] archer was as he so good
And people called him Robin Hood
Such outlaws as he and his men
Will England never see again.

(Word in brackets is mine for easier reading.)

From this tombstone (if indeed it is credible), we can conclude several things that make PART of the story of Robin Hood true and support this medieval image.

If you think about it, there really is a lot of information packed into the words on his tombstone! But what about the rest of the story?

I don’t know about you, but from my childhood I remember Robin Hood and his Merry Men as good guys who stole from the rich to give to the poor. Supposedly, they lived in a hideout in Sherwood Forest and had numerous escapades against the Sheriff of Nottingham, the primary villain of the story. The ever-clever Robin Hood always wore green, married a beautiful girl named Marian, and had a best friend named Little John. Robin and his men were good guys defending their favorite king, Richard the Lionheart, from his evil brother, John. (Richard was usually far away in the story. You know why? He was on the Third Crusade!)

Now, if you were to review the paragraph on the tombstone, would you see anything there to match my version of the story? No. So you have to ask yourself: from where did we get our ideas about Robin Hood? It’s safe to say that storytellers have greatly influenced us all. For some reason, Robin Hood has appealed more to the imagination of storytellers, singers, and playwrights than to the writing of historians. And it appears that every few generations, a storyteller adds a little something to the basic story to make it more interesting! Just for fun, let’s examine a few of these additions more closely to help you determine if the story of Robin Hood is true!

The first known written account of Robin Hood is by William Langland in 1377. In a work called Piers Plowman, Langland makes a fleeting statement regarding the “rhymes of Robyn Hood.” Historians believe the “rhymes” spoken of were the ballads, or songs, that were sung about Robin to memorialize him. You see, back then people learned and repeated things more by mouth than by writing them down. Putting poems to song made them easier to remember and made them more entertaining. But it may interest you to know that none of the early ballads of Robin said anything about him taking money from the rich to give to the poor. Nor do they mention jolly Friar Tuck, Maid Marian, or Richard the Lionheart!

The early ballads do, however, mention Little John. It seems that Robin and Little John became acquainted through a playful fight with one another. In the end, they became dear friends and joined together as outlaws with many other men. (An outlaw is anyone who lives outside the law.) Though legend portrays Robin and his men as “good” outlaws, we can’t really be sure of this.

Early ballads suggest that Robin was fairly bloodthirsty and cut off the heads of his enemies (including the Sheriff of Nottingham)! If that was so, then where might the good reputation of Robin come from? Well, you have to consider the times in which Robin lived. The feudal system was breaking down as the rich were getting richer and the poor were getting poorer. There was a lot of corruption in the upper class. It seems that Robin’s enemies were only those who were unjust, unfair, and overtaxing the poor. In particular, King John (Richard the Lionheart’s brother, who became king of England after Richard died) was severely overtaxing the peasants in England. So when Robin was out cutting off heads, he was supposedly doing so to defend his fellow countrymen. Or so the legend goes.

Now, let me explain the part about Sherwood Forest, which is a real forest that still exists today. You see, in medieval England, forest was the name of any land (not just an area with trees) that was designated by the king or wealthy nobles as their own private property. So why was Robin living there in a hideout? It could be that he was hiding there because he wasn’t allowed there! And the reason he would want to be in the forest would be that the land was full of animals to hunt. Robin and his outlaws may have just been trying to survive. There is really nothing glorious about that.

Speaking of romance, as I mentioned earlier, the first ballads of Robin give no mention of a girlfriend in his unstable life. But in 1280, someone wrote a French romance that used the names of Robin and Marian. Once Marian showed up, she stuck around, making the tale just a little more interesting and far more romantic.

Another character who has stuck around is Friar Tuck. (A friar, by the way, is a special kind of monk.) Friar Tuck was first introduced in a play in 1475. His character was probably based on a real-life priest named Robert Stafford. Originally, Friar Tuck was described as serious and devout. Over time, though, Friar Tuck became a jolly but irresponsible fellow. Sadly enough, his character may have rightly reflected the lazy way that some of the friars lived in the early Renaissance, just before the Reformation.

In the 1800s, the story of Robin Hood came to a real peak through the brilliant authorship of Sir Walter Scott. He wrote Ivanhoe, a work of historical fiction. In this masterpiece of literature, Robin Hood (called Robert of Locksley in the story) teams up with others to help Richard the Lionhearted defeat his rival brother, John. It is from Scott’s description of Locksley that we have our more modern portrait of Robin Hood.

Personally, what I find more interesting is how the tales of Robin Hood spread to North America after the founding of the United States. For example, in recent years Americans have enjoyed making comedies of the plot of Robin Hood. Opera writers, cartoon makers, and full-scale film directors have all run with the story to make us laugh. Perhaps you have seen Disney’s version of Robin Hood that uses a fox to portray Robin, as well as a host of other animated creatures to retell the classic. To my delight, even Warner Brothers’ Daffy Duck and Bugs Bunny have acted out Robin Hood.

And in just the last 15 years, someone even added a whole new character to the story that seems to keep reappearing under slightly different names. The character is that of a Muslim friend to Robin. He is called Nasir, Azeem, or even Asneeze in a comedy. From this new character, we can see firsthand how stories change with time. And that’s exactly what has happened with Robin Hood.

Above all, I think the story of Robin Hood simply changes to meet the need we all seem to have for a hero. He appears to represent the good spirit in all of us that hopes to right that which is wrong. And that is what makes Robin Hood a classic tale.

So what do you think, was the story of Robin Hood really true? I guess the answer would be yes and no.

Activities for the Family:

This activity can be a good illustration of how one story can be easily changed over the years. 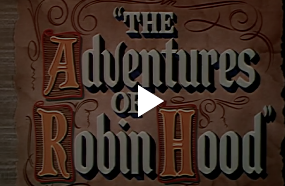 If you want to have a fun movie night, I recommend the old film, The Adventures of Robin Hood (1938) starring Errol Flynn and Olivia De Havilland. You can rent it on YouTube here. 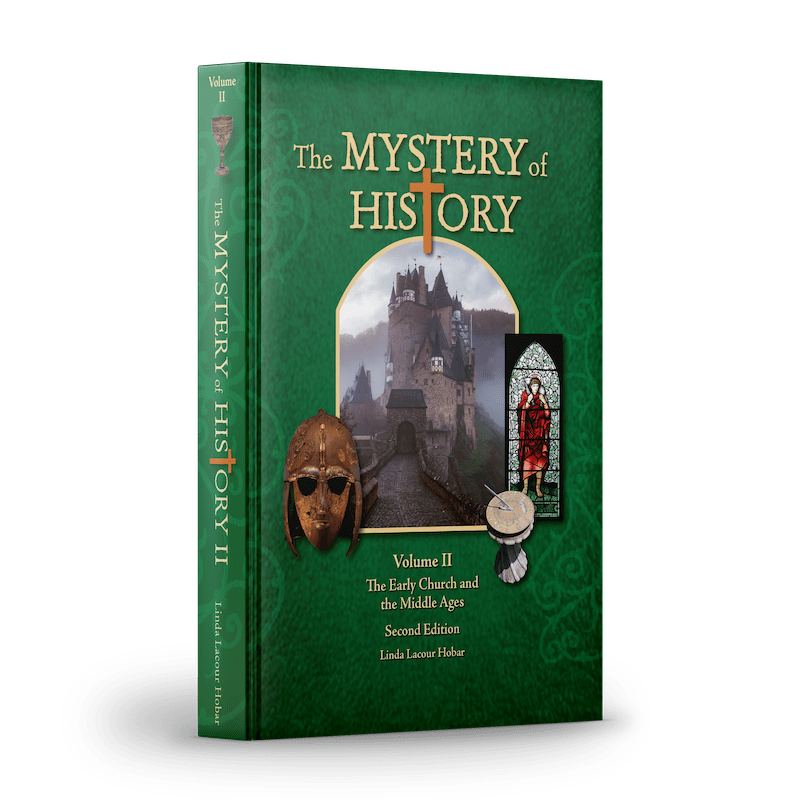