Immanuel – “God With Us”

It’s almost Christmas. We’re all busy so I’ll keep this short and sweet. Seven hundred years before Jesus Christ was… 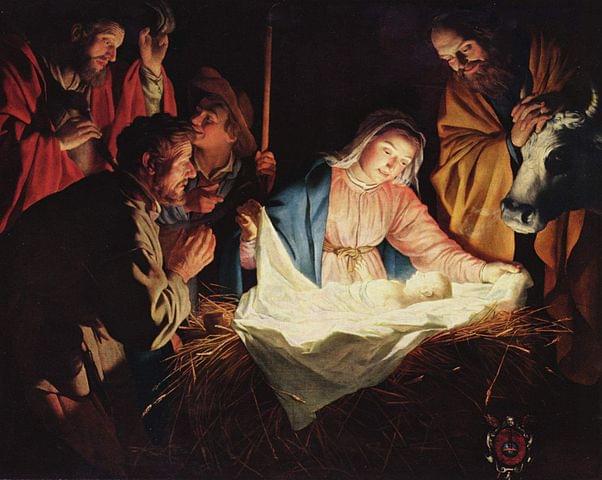 It’s almost Christmas. We’re all busy so I’ll keep this short and sweet. Seven hundred years before Jesus Christ was born, Isaiah spoke prophetic words about the incarnation of our Lord and Savior. He wrote, “Behold, the virgin shall conceive and bear a son, and shall call his name Immanuel.” (Is 9:6) Matthew would reveal that Immanuel means, “God with us.” (Matt 1:23)

While we can’t grasp the depth of this love, we can thumb through our Bibles and find example after example of God choosing to be “with us.” Let’s flip through the pages together, just for a minute, to see the storyline more clearly and to rejoice in this truth.

First, consider the Garden of Eden in Genesis chapter one. Was God with Adam and Eve? Yes! He “walked in the garden in the cool of the day . . . and was among the trees of the garden.” Three chapters later, God was with Noah to “save” mankind from the great flood. By Genesis 22, He was with Abraham to spare Isaac and give us a foreshadowing of a sacrifice to come. In Exodus, He was with Moses to build a tabernacle in the wilderness – where He would dwell with his people through a pillar of smoke by day and a fire by night. In I Kings, He was with Solomon to erect a Holy Temple – where again He would dwell with his people from the sacred chamber of the Holy of Holies. Through the Psalms and the Proverbs, He is clearly with David and Solomon as they pour out their hearts to Him in song and verse. Then, from Isaiah to Malachi, He would, like a Father, be with Israel and Judah to warn them and rebuke them of their many sins. And while He was at it, He told them many times through prophecy that He was coming to be with them in bodily form.

The rest is the Christmas story itself – where He did in fact step down from heaven to be born in a stable that reeked of animal waste and hay. I guess He wasn’t kidding about wanting to be “with us.” From celestial beams of light to a dark dank manger scene, he stooped down from heaven to earth to breathe in our air and cry out in the night. He was with us like never before! It’s no wonder that a multitude of heavenly hosts said of this spectacular moment in history, “Glory to God in the highest, and on earth peace among men with whom He is pleased.” They understood what He was up to. They understood that God’s greatest desire was fulfilled through his earthly incarnation. He was really really with us. Unlike any other god of any other religion, He, the Word, “dwelt among us, . . . full of grace and truth.” (John 1:14)

Of course, there is much more to the story! After 1,000 days of ministry on earth, He would depart, for a time, under excruciating circumstances, to prepare a place for his bride in all eternity. I don’t know about you, but if our God wants so badly to be with us forever and ever, as seen from Genesis to Revelation, then I can hardly wait for the wedding feast! Merry Christmas my dear friends.