February is Black History Month, and perhaps there has never been a more important time in our culture than now to reflect on some of the extraordinary Americans that shaped the United States for the better.

I don’t think I need to tell you that slavery in America was a cruel institution. For over 200 years it harmed, degraded, and despoiled the lives of at least two million African Americans. There are recorded stories that reveal the awful details of human bondage, and there are untold stories that lie buried in silent graves. But in between these dismal stories, there are glimpses of the better side of the human spirit!

In the lives of the abolitionists, those who sought to “abolish” slavery, there can be found something noble, something good, and something brave to inspire us still today.

In the early to mid-1800s, many people from all walks of life fought slavery in America in a variety of different ways. A who’s-who list of famous abolitionists would include men, women, blacks, whites, authors, lawyers, British activists, Quakers, militants, pacifists, and more.

For example, William Lloyd Garrison, a white journalist, published The Liberator newspaper for three decades, passionately pleading for the “immediate emancipation” of slaves in America. In the 1840s and 1850s, Levi and Catharine Coffin, a sweet Quaker couple, led 3,000 or more slaves to freedom via the Underground Railroad. In fact, their home was nicknamed the “Grand Central Station” of the secret underground movement. And, in 1852, Harriet Beecher Stowe wrote Uncle Tom’s Cabin, an anti-slavery novel that enlightened white Americans to the dreadful experiences of most slaves.

Unfortunately, there were also some who resorted to violence in their efforts to fight slavery. John Brown, a white military man, led a massacre that killed five pro-slavery southerners in Kansas. He then tried to start an armed slave revolt at Harpers Ferry, Virginia (now West Virginia), in 1859 by raiding a federal armory and seizing weapons. The unsuccessful raid also resulted in a number of deaths. Brown was captured and executed.

I could go on and on with a long list of Americans who fought against slavery. Many courageous abolitionists risked their lives and their reputations to try to end slavery in America.

In the next few posts, in honor of Black History Month, I am going to share the stories of three extraordinary African Americans who fought for the cause of freedom. They are Sojourner (SEW jir ner) Truth, Harriet Tubman, and Frederick Douglass. Each has a gripping story to tell, so stay tuned. 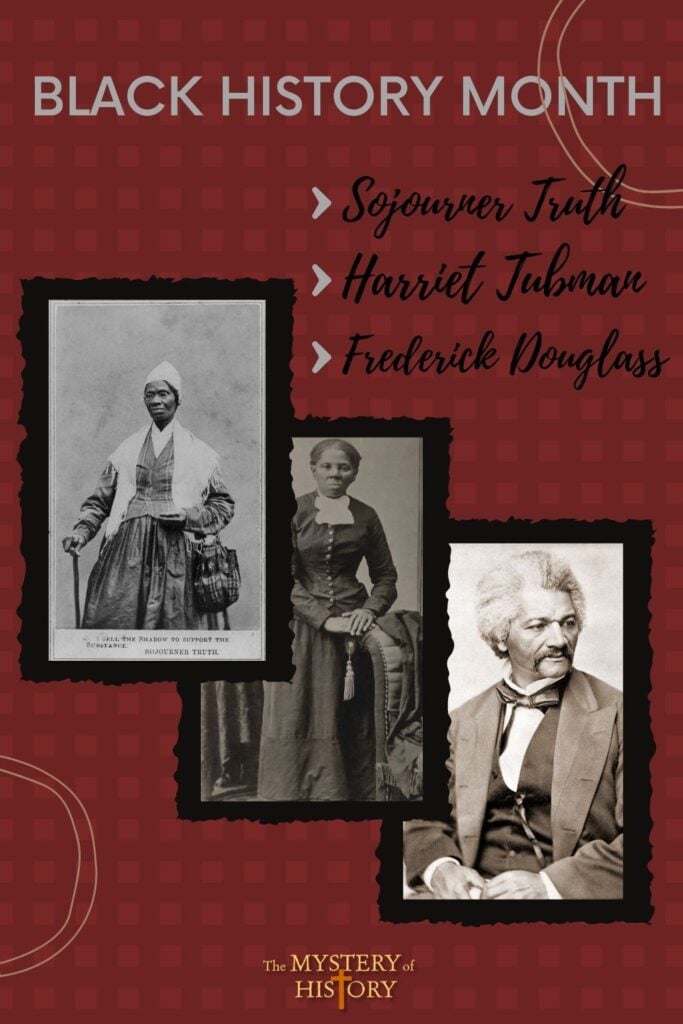