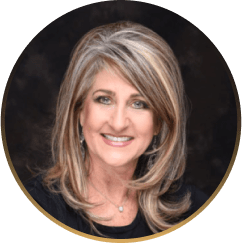 Linda Lacour Hobar, author of The Mystery of History, is a passionate follower of Jesus Christ, a genuine “people-person”, and a fan of comfortable high-heels. Through homeschooling her children, and service as a missionary, she discovered a deep love for world history where the famous and the infamous have left their mark in time. In the year 2000, Linda sensed a clear call to write The Mystery of History for her children, grandchildren, and generations to come that they might know “the mystery of God . . . in whom are hidden all the treasures of wisdom and knowledge.” (Col 2:3)

For over 20 years, The Mystery of History has been well received by all ages. While fact-filled and thought provoking, Linda’s writing style remains warm and personable. The “Chronological, Christian, Complete” program is user-friendly and includes activities for multiple ages; timeline work; mapping exercises; memory games; quizzes; literature lists; audiobooks; and much more to fully engage students of all learning styles. In 2016, Linda broadened her scope of teaching to include cutting-edge online classes and lectures, which she maintains with great care, compassion, and conviction for biblical truth. 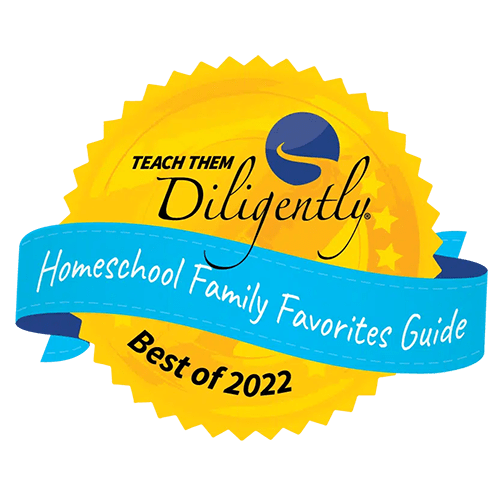 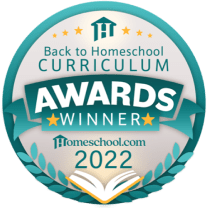 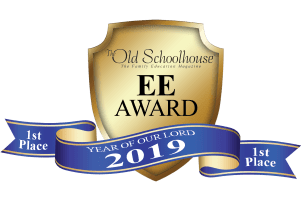 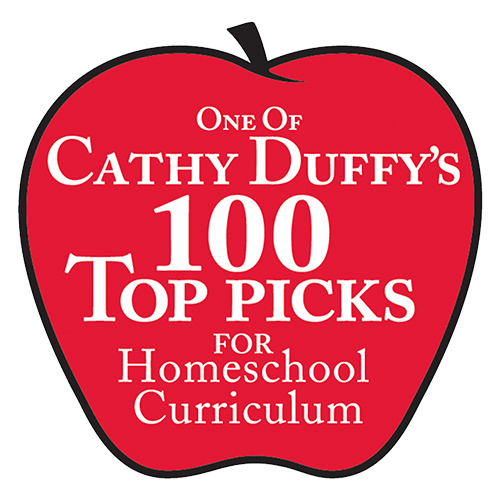 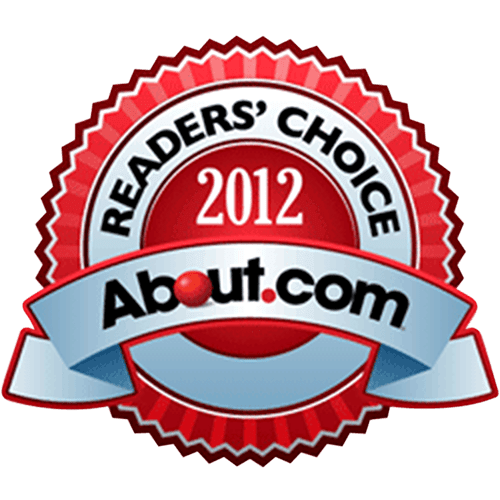 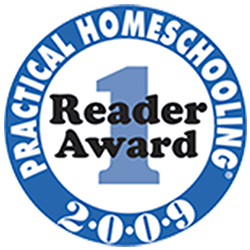 Mary Pride’s “Practical Homeschooling Reader Award”—1st Place (2009); Tied for 1st place (2008);
A native-born Texan, Linda holds a Bachelor of Arts degree from Baylor University, where she first fell in love with world history. She presently resides in Tennessee where she continues to research, write, and obsess over matters big and small.

Her husband Ron concurrently serves The Mystery of History with a wide array of talents. Ron and Linda strive, imperfectly, to pour Biblical truths into families that are seeking to live for the Kingdom.
Read the Statement of Faith

We believe that the Holy Bible was written by men divinely inspired, and is a perfect treasure of heavenly instruction; that it has God for its author, salvation for its end, and truth without any mixture of error for its matter; that it reveals the principles by which God will judge us; and therefore is, and shall remain to the end of the world, the true center of Christian union, and the supreme standard by which all human conduct, creeds, and opinions should be tried.

We believe that there is one, and only one, living and true God, an infinite, intelligent Spirit, whose name is JEHOVAH, the Maker and Supreme Ruler of heaven and earth; inexpressibly glorious in holiness, and worthy of all possible honor, confidence, and love; that in the unity of the Godhead there are three persons, the Father, the Son, and the Holy Spirit; equal in every divine perfection, and executing distinct but harmonious offices in the great work of redemption.

III. Of The Fall Of Man

We believe that Man was created in holiness, under the law of his Maker; but by voluntary transgression fell from that holy and happy state; in consequence of which all mankind are now sinners, not by constraint but choice; being by nature utterly void of that holiness required by the law of God, positively inclined to evil; and therefore under just condemnation to eternal ruin, without defense or excuse.

We believe that the salvation of sinners is wholly of grace; through the mediatorial offices of the Son of God; who by the appointment of the Father, freely took upon Him our nature, yet without sin; honored the divine law by His personal obedience, and by His death made a full atonement for our sins; that having risen from the dead He is now enthroned in heaven; and uniting in his wonderful person the tenderest sympathies with divine perfections, He is every way qualified to be a suitable, a compassionate, and an all-sufficient Savior.

We believe that the great Gospel blessing which Christ secures to such as believe in Him is Justification; that Justification includes the pardon of sin, and the promise of eternal life on principles of righteousness; that it is bestowed, not in consideration of any works of righteousness which we have done, but solely through faith in the Redeemer’s blood; by virtue of which faith His perfect righteousness is freely imputed to us of God; that it brings us into a state of most blessed peace and favor with God, and secures every other blessing needful for time and eternity.

We believe that the blessings of salvation are made free to all by the gospel; that it is the immediate duty of all to accept them by a cordial, penitent, and obedient faith; and that nothing prevents the salvation of the greatest sinner on earth, but his own inherent depravity and voluntary rejection of the gospel; which rejection involves him in an aggravated condemnation.

VII. Of Grace In Regeneration

We believe that, in order to be saved, sinners must be regenerated, or born again; that regeneration consists in giving a holy disposition to the mind; that it is effected in a manner above our comprehension by the power of the Holy Spirit, in connection with divine truth, so as to secure our voluntary obedience to the gospel; and that its proper evidence appears in the holy fruits of repentance, and faith, and newness of life.

VIII. Of Repentance And Faith

We believe that Repentance and Faith are sacred duties, and also inseparable graces, wrought in our souls by the regenerating Spirit of God; whereby being deeply convinced of our guilt, danger and helplessness, and of the way of salvation by Christ, we turn to God with unfeigned contrition, confession, and supplication for mercy; at the same time heartily receiving the Lord Jesus Christ as our Prophet, Priest and King, and relying on Him alone as the only and all sufficient Savior.

We believe that Election is the eternal purpose of God, according to which He graciously regenerates, sanctifies, and saves sinners; that being perfectly consistent with the free agency of man, it comprehends all the means in connection with the end; that it is a most glorious display of God’s sovereign goodness, being infinitely free, wise, holy and unchangeable; that it utterly excludes boasting, and promotes humility, love, prayer, praise, trust in God, and active imitation of his free mercy; that it encourages the use of means in the highest degree; that it may be ascertained by its effects in all who truly believe the Gospel; that it is the foundation of Christian assurance; and that to ascertain it with regard to ourselves demands and deserves the utmost diligence.

We believe that Sanctification is the process by which, according to the will of God, we are made partakers of his holiness; that it is a progressive work; that it is begun in regeneration; and that it is carried on in the hearts of believers by the presence and power of the Holy Spirit, the Sealer and Comforter, in the continual use of the appointed means, – especially, the word of God, self-examination, self-denial, watchfulness and prayer.

We believe that such only are real believers as endure unto the end; that their persevering attachment to Christ is the grand mark which distinguishes them from superficial professors; that a special Providence watches over their welfare; and they are kept by the power of God through faith unto salvation.

XII. Of The Harmony Of The Law And The Gospel

We believe that the Law of God is the eternal and unchangeable rule of His moral government; that it is holy, just, and good; and that the inability which the Scriptures ascribe to fallen men to fulfill its precepts, arises entirely from their love of sin: to deliver them from which, and to restore them through a Mediator to unfeigned obedience to the holy Law, is one great end of the Gospel, and of the Means of Grace connected with the establishment of the visible church.

XIII. Of A Gospel Church

We believe that a visible church of Christ is a congregation of baptized believers, associated by covenant in the faith and fellowship of the Gospel; observing the ordinances of Christ; governed by His laws; and exercising the gifts, rights, and privileges invested in them by His word; that its only scriptural officers are Elders or Pastors, and Deacons, whose qualifications, claims, and duties are defined in the Epistles to Timothy and Titus.

XIV. Of Baptism And The Lord’s Supper

We believe that Christian Baptism is the immersion in water of a believer, into the name of the Father, and of the Son, and of the Holy Spirit; to show forth in a solemn and beautiful emblem, our faith in the crucified, buried, and risen Savior, with its effect, in our death to sin and resurrection to a new life. We believe that the Lord’s Supper is a sacred Christian rite in which the members of the church by the sacred use of bread and wine, are to commemorate together the undying love of Christ; preceded always by solemn self-examination.

We believe that the first day of the week is the Lord’s Day, and should be kept as a priority for believers to assemble in worship. Recognizing the importance of the gathered assembly in the life of the professing Christian, we consider it a privilege to come together regularly in worship, not neglecting to meet together for mutual edification in Christ.

We believe that Civil Government is of Divine appointment, for the interests and good order of human society; and that magistrates are to be prayed for, conscientiously honored, and obeyed; except only in things opposed to the will of our Lord Jesus Christ, who is the only Lord of the conscience, and the Prince of the kings of the earth.

XVII. Of The Righteous And The Wicked

We believe that there is a radical and essential difference between the righteous and the wicked; that such only as through faith are justified in the name of the Lord Jesus, and sanctified by the Spirit of our God, are truly righteous in His esteem; while all such as continue in impenitence and unbelief are in His sight wicked, and under the curse; and this distinction holds among men both in and after death.

XVIII. Of The World To Come

We believe that the end of the world is approaching; that at the last day Christ will descend from heaven, and raise the dead from the grave to final retribution; that a solemn separation will then take place; that the wicked will be adjudged to endless punishment, and the righteous to endless joy; and that this judgment will fix forever the final state of men in heaven or hell, on principles of righteousness.

Based on the Revised New Hampshire Confession of Faith from 1853

Meet The Mystery of History Team

The Mystery of History, Inc. is a small family company—with a big heart! 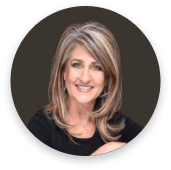 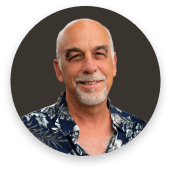 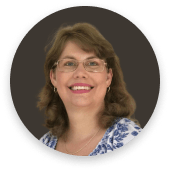 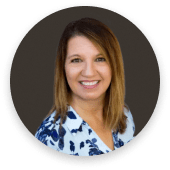 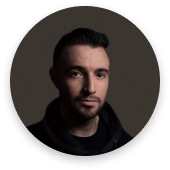 Invite Linda to Speak at Your Next Event

Be it live or virtual, Linda likes to speak on history, homeschooling, and matters of the heart—to inspire new and returning home educators. Linda’s speaking rates are flexible; her topics are varied; and she loves to connect with parents, teachers, and students of all ages. We have workshop samples available upon request!
Book the Author
Shop Recorded Workshops