10 Dates to Know – From a Biblical Worldview 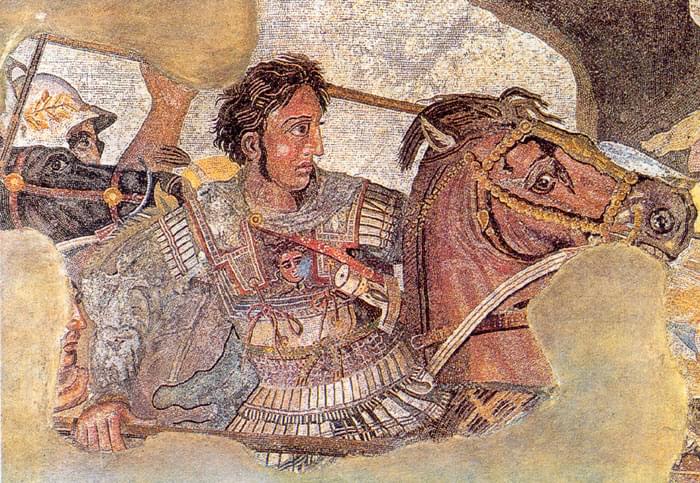 There are a lot of dates to know in history—and opinions will vary on which are the most significant. However, as a long time student of world history, and a follower of Christ, I’ve got some personal favorites! Following is a brief summary I’ve titled, “10 Dates to Know – From a Biblical Worldview.” Do you know them? Don’t worry—most of us don’t. But you can find these and much more in The Mystery of History – a four-volume series for the whole family.

From Ancient Times, the three start dates of the Babylonian Captivity are important—as well as its ending date! In summary, the Southern Kingdom of Judah was guilty of sinning against God. In three waves between 605 and 588 B.C., the Lord allowed Judah to suffer deportation to Babylonia under the hands of King Nebuchadnezzar. (Thus we call it the Babylonian Captivity.) However, Cyrus the Great released Judah in 538 B.C. after 70 years of captivity—as was prophesied by Jeremiah 80-90 years earlier! (Jer. 29:10) This is a great lesson on the consequences of disobedience, God’s mercy, and the fulfillment of prophecy that’s clearly seen on a timeline! 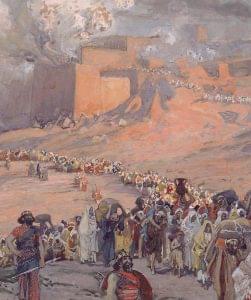 This Macedonian king, who died suddenly in 323 at age 33, lived between the events of the Old Testament and the New. However, Alexander the Great’s short reign would fulfill prophecy and influence Christendom. As for prophecy, Daniel forecasted that Alexander’s empire would be divided in four directions after his death—and it was! (See Daniel 11:4) As for influencing Christendom, Alexander spread the Greek language before he died—which was the primary language of the New Testament! This act of “Hellenization,” as the spread of Greek culture and language was called, gave more people of the time period the ability to read the Scriptures and know the living God. This is a good lesson on the fulfillment of prophecy, God’s sovereignty, and the value of the Scriptures. 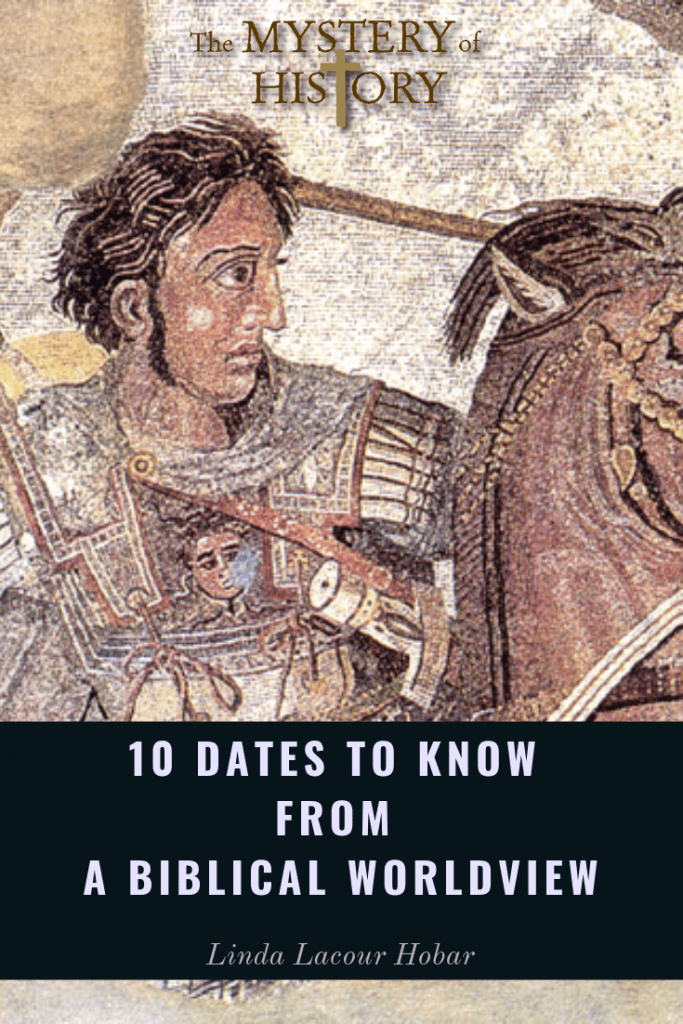 Of all the ticks on the timeline, the death and resurrection of Jesus Christ stands unique. In fact, most of the world today would divide time itself by the life of Christ. (B.C. for “Before Christ” and A.D. for Anno Domini, “The year of our Lord.”) Jesus taught that he was God (John 5:18; John 10:30-31) and was stoned and later crucified for that claim. But He demonstrated His divinity through his bodily resurrection after three days in the grave! Why the sacrifice? Because He loves us! (John 3:16) This event in history is a lesson on the meaning and purpose of life itself—and a celebration of redemption through the blood shed at Calvary and the empty tomb that followed.

From Medieval Times, the Fall of the Western Roman Empire stands as a warning to all nations and all cultures that even the most powerful can fall. As for the Romans, they dominated Europe for 500+ years—but inflation, barbarian invasion, and moral decline eroded the foundation of the empire to the extent that it fell under Odoacer (Oh doh AY sir), a relatively unknown Germanic war chief of the Middle Ages. Of significance to Christians, Daniel prophesied that Rome would be “exceedingly dreadful.” (Dan 7:19) Indeed, it was until the Lord saw fit to allow its collapse! This is a good lesson on the rise and fall of nations, prophecy, and the consequences of moral decay.

(We’re halfway there! Keep going for all “10 Dates to Know – From a Biblical Worldview!”) The Battle of Tours in 732 was a showdown between Islamic forces from Spain and the Christian Kingdom of the Franks. (The Franks grew as a Christian nation after the conversion of Clovis.) Under Charles Martel, a mayor of the Franks, Muslim forces were defeated near Tours in the famous battle bearing the name of the town. The victory earned Charles the nickname of “the hammer.” It is not coincidental that Europe struggles today with a clash between Islamic thought and western values. They have been at odds for centuries and will likely remain at odds for centuries to come. This lesson highlights the conflict of mankind and the spiritual forces that are often behind it.

The invention of the printing press in 1456 stands as one of the most significant inventions of all time. Before the printing press, it took a monk or a scribe an entire year to handwrite one Bible—which then cost a small fortune. (Very few medieval priests even owned a Bible!) When Johannes Gutenberg successfully converted a cheese press into a printing press, the first book he printed was the Bible. Within a year, he printed 300 more! Many would mark the end of the Middle Ages by this invention, which catapulted mankind into the Renaissance and Reformation. This invention is a lesson on God using man’s gifts and talents for His purposes and the value of God’s written word. 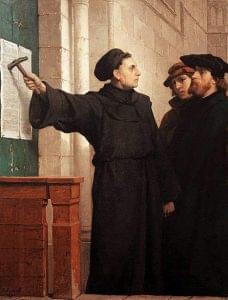 Martin Luther, a monk of the early Renaissance, wasn’t interested in dividing Christendom. However, when he posted his Ninety-five theses on October 31, 1517—to start a debate on the topic of indulgences—he started a chain reaction of events that continues to divide Protestants and Roman Catholics today. Historically, we call this rift in Christendom the Protestant Reformation. However, followers of Luther were not labeled “Protestants” until the Diet of Spires in 1529 – when they protested against a group of princes who sought to limit their rights. Protestants today number approximately 800 million. Roman Catholics today number 1.2 billion worldwide. Clearly, this political and theological division in Christianity was one of the most significant events in church history! 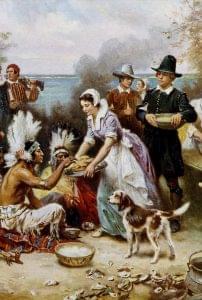 Every fourth Thursday in November, Americans celebrate Thanksgiving and remember the brave souls that sailed west aboard the Mayflower to escape religious persecution in England. However, most don’t realize just how much the Pilgrims suffered before the first Thanksgiving and after. During the winter of 1620-1621, the Pilgrims barely survived “the Great Sickness” that took the lives of at least 42. So, when the harvest was plentiful in the summer and fall of 1621, the Pilgrims celebrated their blessings with a hearty feast and invited the Native Americans that helped them along the way. However, the next winter brought additional hardship. At one low point, the Pilgrims were allotted no more than five kernels of corn a day! The story of the Pilgrims is a lesson on faith, perseverance, and gratefulness in difficult circumstances.

After the fall of Nazi Germany in 1945, the world drew new boundary lines. Ushering in the Cold War, the Iron Curtain separated the free world from the atheistic empire of the communist Soviet Union (a.k.a. the U.S.S.R.). However, the Soviet Union (formed in 1922) would not last more than 74 years! After 15 Soviet Republics declared their independence from the U.S.S.R., Mikhail Gorbachev resigned on December 25, 1991—and the Soviet Union collapsed. From a biblical worldview, Gorbachev’s resignation on Christmas Day hardly seems coincidental! This lesson is a reminder of man’s futile attempts to reign supreme and God’s overarching hand in history.

10. The Hope of Mankind (Date Unknown)

The end of time, as we know it, is a date unknown to mankind. In fact, according to Mark 13:28-37, “only the Father knows” the hour of His Son’s return. However, we’re also told in Scripture that there will come a day when the curse on mankind will be lifted (Rev. 22:3) and the leaves of the tree of life will bring “healing of the nations.” (Rev. 22:2) Now, that is a date to look forward to! Whether tomorrow or a thousand years from now, in a new heaven and a new earth there will be “no more death, nor sorrow, nor crying; for there shall be no more pain.” (Rev. 21:4). I’m looking forward to that day! Meanwhile, we all have kingdom work to do. I pray you are blessed doing it and that you’ve enjoyed “10 Dates to Know – From a Biblical Worldview.”

This site uses Akismet to reduce spam. Learn how your comment data is processed.

You have Successfully Subscribed!